Mr. Dan Giesecke, Vice-President of Knowles parent company, Dover Communication Technologies, said the 20,000-square-meter factory, located on a 5.7-hectare property within Cebu Light Industrial Park, will be operational by the third quarter of 2013 and may be expanded as the market grows. “Knowles delivers products to consumer electronics companies. The market for these products is expanding very rapidly,” he said in a press conference.

Mr. Giesecke said the company chose to locate in Cebu among other cities in Southeast Asia, because of stable socio-political climate, well-educated English proficient workers, business-friendly environment, and proximity to an international airport and sea ports. Joseph Emmanuel Liwag, managing director of the local Knowles unit, said his office currently has 37 employees, but plans to increase workforce to 110 by yearend, 1,500 by the end of 2013, and a little over 4,000 by the end of 2014. 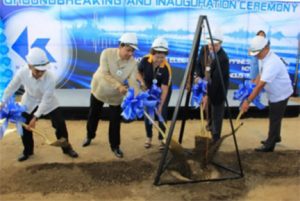