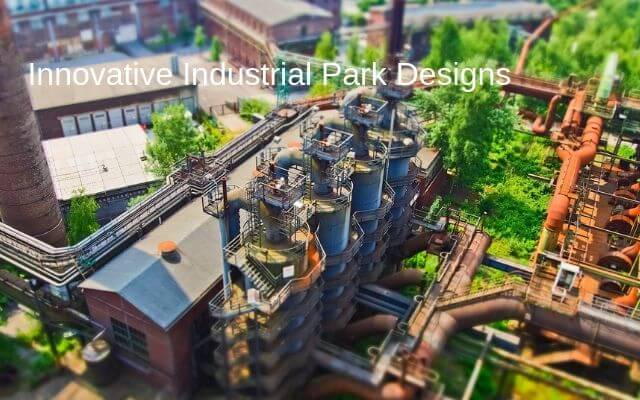 Industrial parks are scattered across the world. Usually they focus on manufacturing industries, often adjacent to plants and factories, and in reality, an excuse to attract large number of production businesses to locate together. There are some obvious benefits in having similar kinds of business close by, particularly if they can share knowledge and skills, or form an ecosystem of partners or suppliers.

Clusters of specialized businesses emerge. Essentially, a business cluster is a geographic concentration of interconnected businesses, suppliers, and associated institutions in a particular field. Clusters are considered to increase the productivity with which companies can compete, nationally and globally.

The Tianjin University Research Institute of Architectural Design and Urban Planning (AATU) won an international competition to design a hub for Chinese food-processing and stock-breeding company Luoniushan in Sanya, Hainan. With expectations to break ground, the 42-hectare multi-functional park will house the company’s new headquarters as well as warehouses, serviced apartments, a tourism and exhibition center, and more.

ONZ Architects participated in a restricted competition – among eight other teams – to design the Ostim Eco-Park, a green technological and research hub for the industrial region of Ostim in Ankara, Turkey. Although ONZ Architects’ proposal did not come out as the competition winner, it’s still a notable industrial park design.

The industrialization of Turin began at the end of the 19th century along the banks of the River Dora. The factories shut down in the general decline of the industry during the 1980s. This left a large area of urban dereliction in the city center, in addition to many small pockets of disused land. Due to the positive inclusion of its industrial heritage, the Parco Dora signifies a new understanding of inner urban landscapes that reflects the transition of society. The park comprises five separate areas (“Lotti“), three of which are named after the industrial companies that used to occupy the site. The site is dominated by the River Dora, main traffic arteries and new residential areas, but its true and unique character is derived from the remnants of its industrial past.