PEBA President Bill Mallory said that the continued investment of PEBA in CLIP proves that local export manufacturers can benefit more if they locate their operation inside CLIP. He further added that locating their operation in CLIP has helped them attain a cost effective operation because of the good infrastructure and management of the park, plus the tax incentives provided to exporters by the Philippine Economic Zone Authority (PEZA). PEBA one of the top exporting companies in Cebu, started its operation by manufacturing rattan and wooden furniture which were exported mainly to the United States. 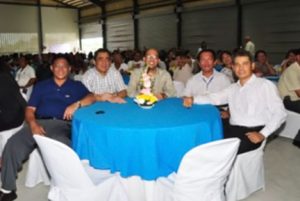