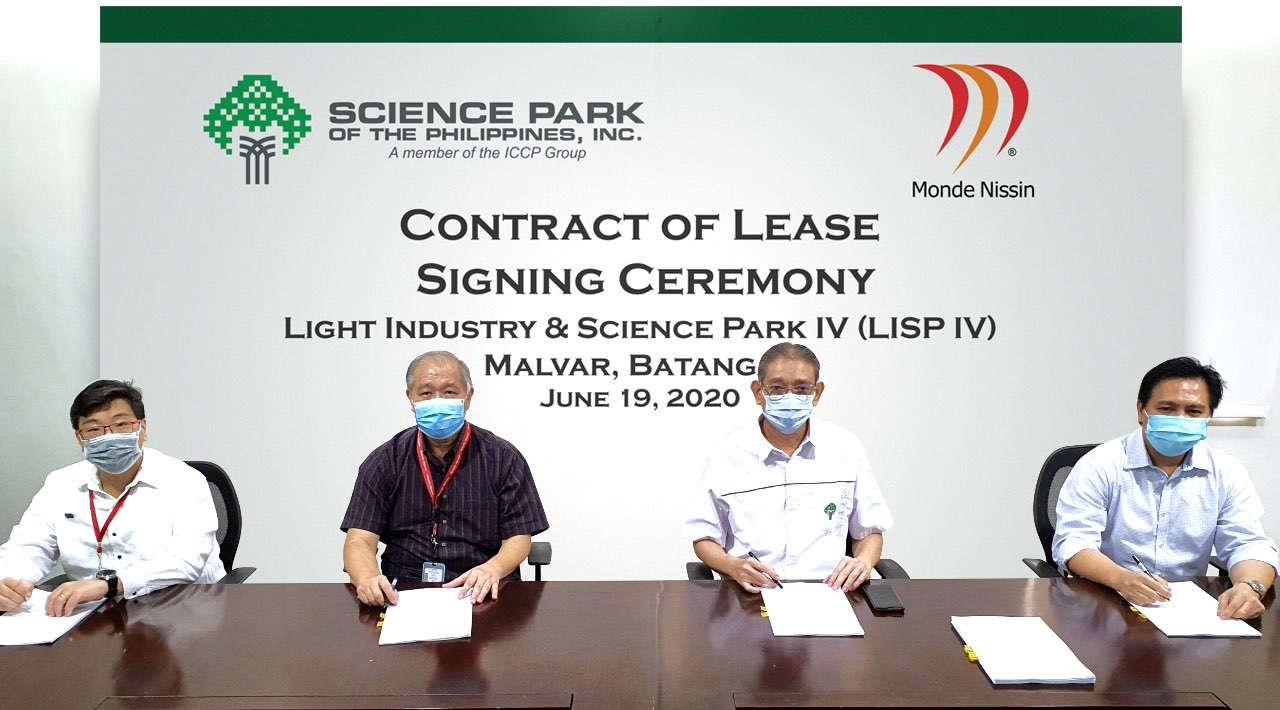 Monde Nissin Corporation is a Philippine-based company that manufactures noodles, biscuits, packaged baked goods, and culinary aids under the brands Lucky Me!, Nissin, Voice, Bingo, and Monde. The newly leased land in LISP IV will be used as a manufacturing and distribution facility for the company’s various food products. Total investment for this project is estimated at Php 2 billion. MNC targets to employ 500 – 600 workers to run the 85,000 sqm production facility.