The Facility will serve the locators of CLIP, Mactan Economic Zone and Philippine Economic Zone Authority. (PEZA), and other special ecozones in the area.

The facility will recover and convert a combination of solid, industrial, toxic and hazardous waste of PEZA ecozone locators into energy within a controlled, proven, and environmentally friendly process. Such waste utilization was identified by the Global Roundtable on Climate Change as a major technology which can assist in the reversal of climate change.

Aquilini’s investment at CLIP is envisaged to benefit the Philippines tremendously. It will lessen the need for fossil-dependent energy production, thus generating dollar savings for the country. 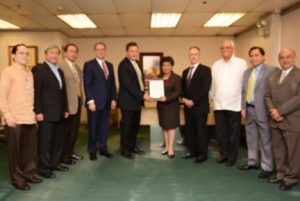